On Saturday April 28, 2018, a historic event occurred with Capitular Masonry in Delaware. Most Excellent Grand High Priest Fred M. Palmer accompanied by Most Excellent Mark E. Irwin, Grand Secretary representing the Grand Chapter of Royal Arch Masons of Delaware visited The Most Excellent Prince Hall Grand Chapter Holy Royal Arch Masons P.H.A. Jurisdiction of Delaware at their Annual Convocation. During the Convocation, both Grand High Priests signed the Compact and it was attested to by the respective Grand Secretaries.

Below are pictures of that auspicious occasion. 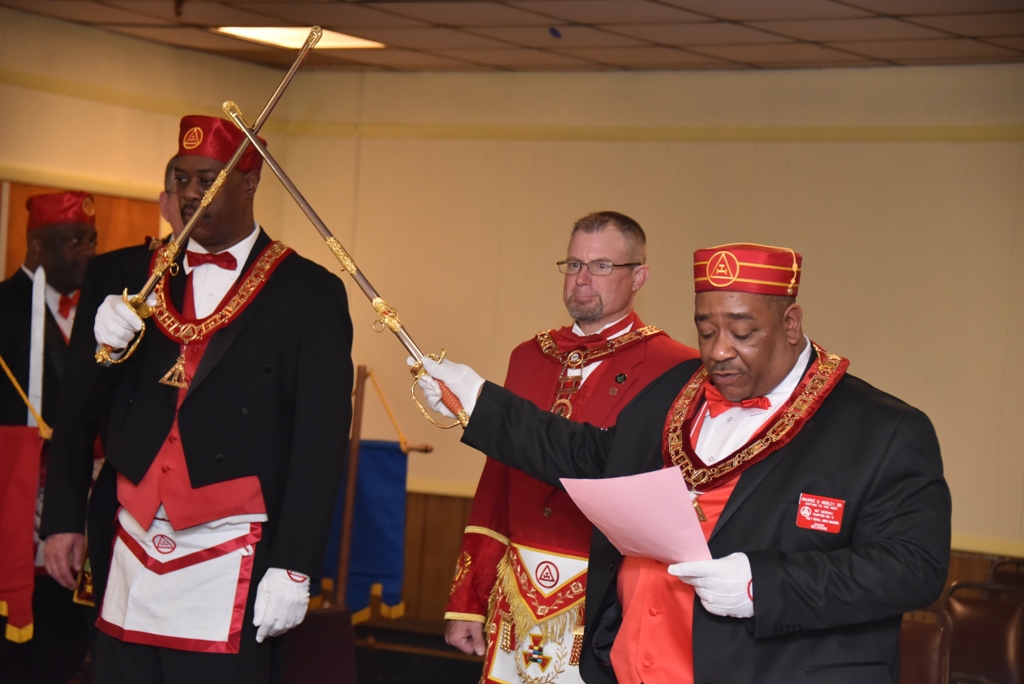 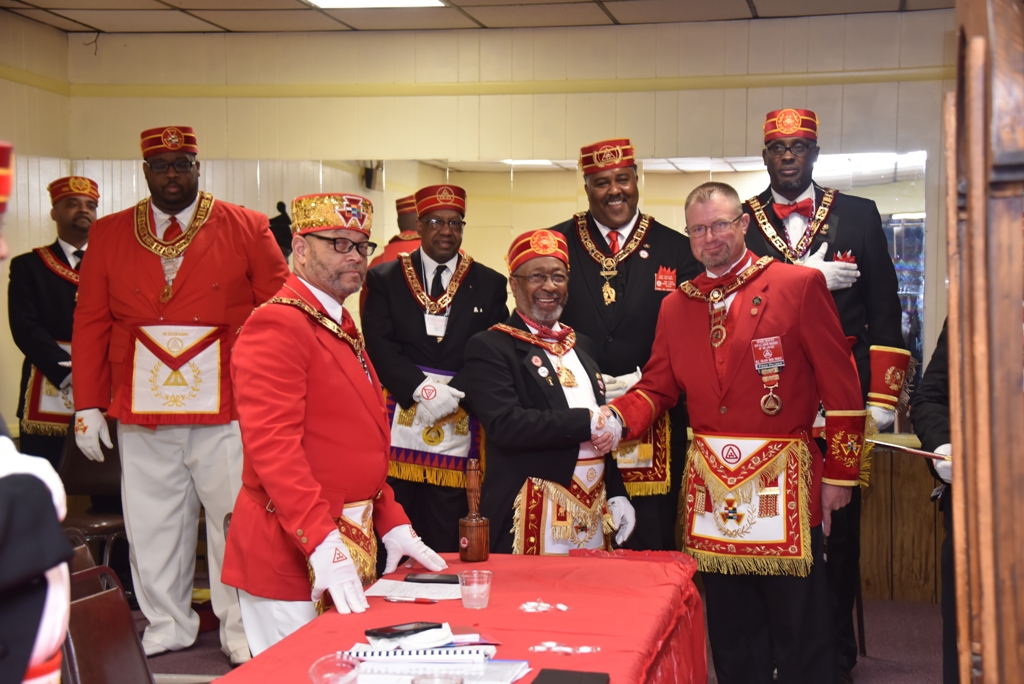 MEC Palmer being received by Most Excellent George B. Winston, III with other visiting dignitaries behind him. 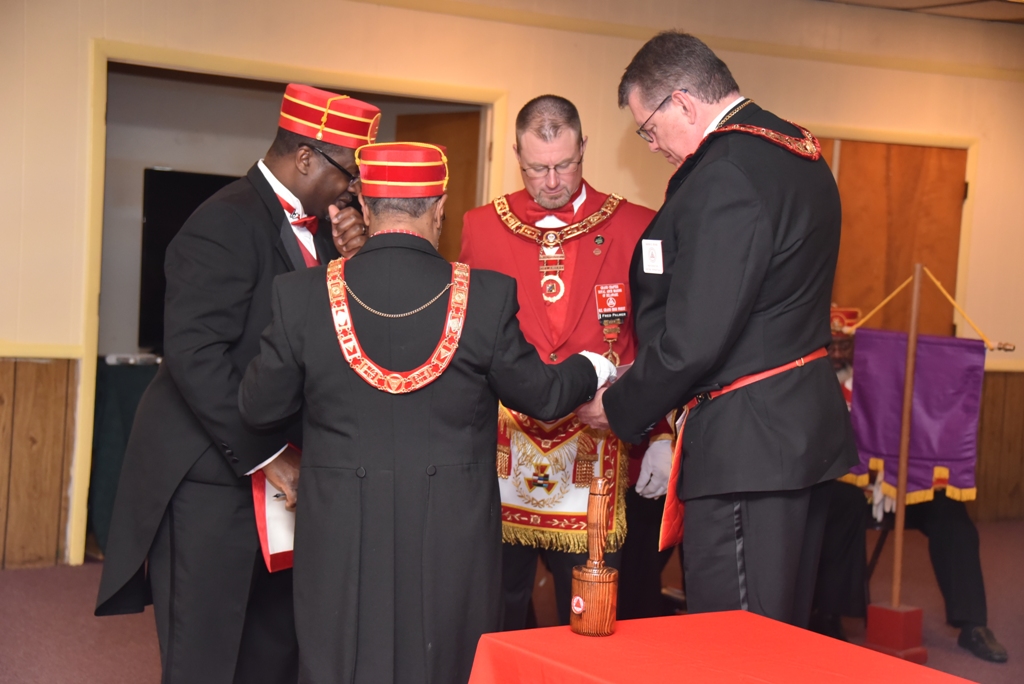 MEC Palmer and Winston accompanied by Grand Secretaries John Brown of the PHA and Mark Irwin of the Grand Chapter of Delaware are in prayer before the signing of the Compact. 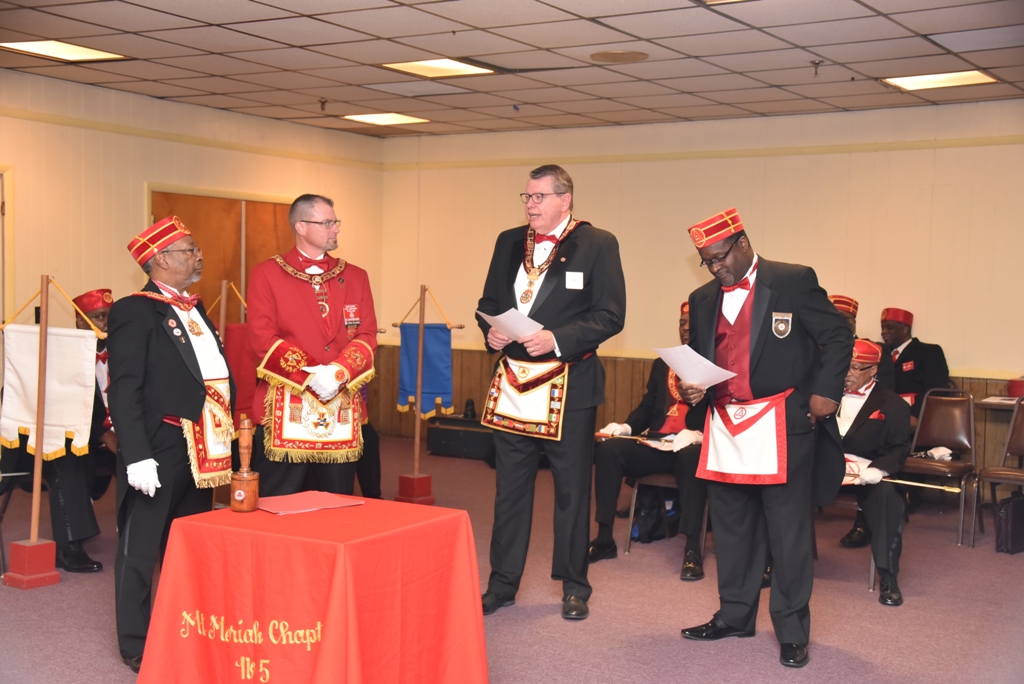 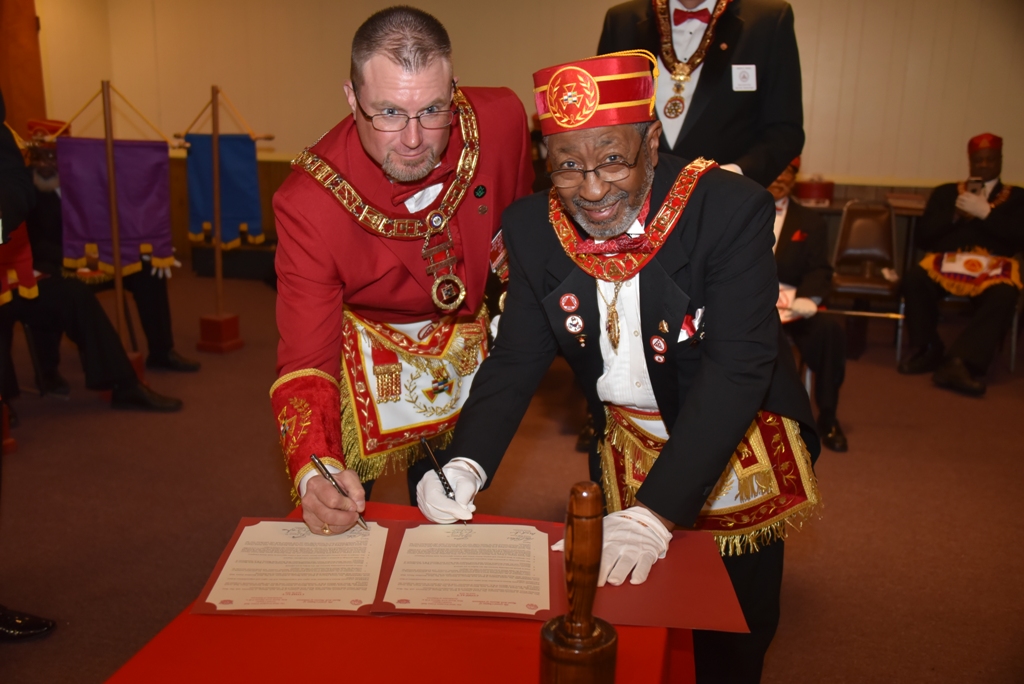 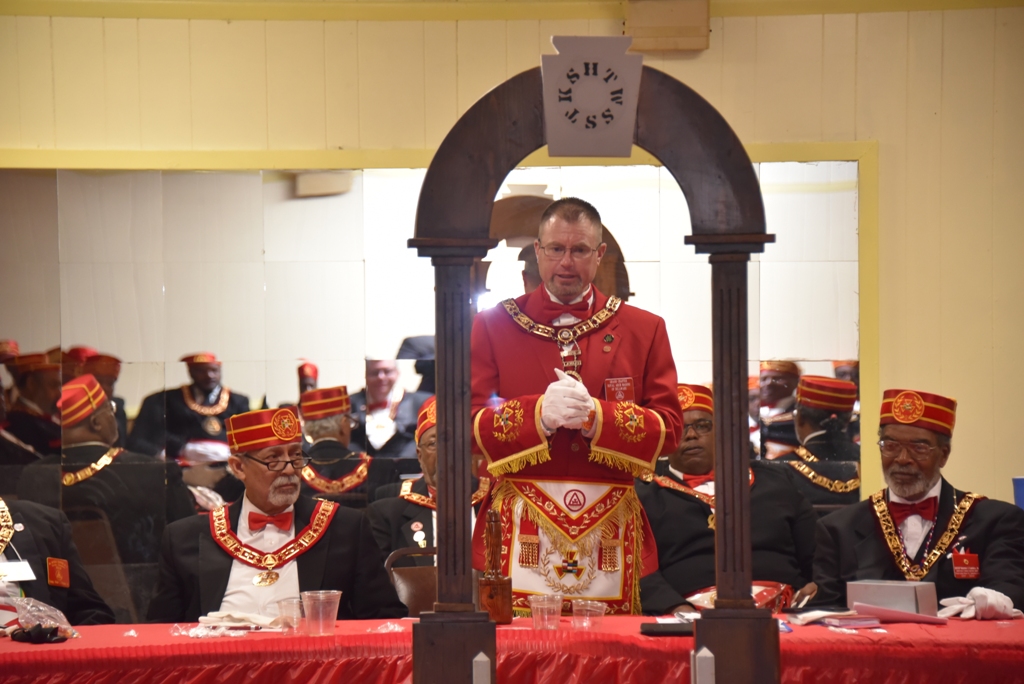 MEC Palmer addressing the Companions after the signing.